The evolution of mankind has always depended on joining hands with each other. From ancient pyramids to space crafts everything is possible only because of teamwork. This process goes on in parallel with time. However, at certain points, everyone working together needs a boost to keep them on track both physically and mentally. And to address it, various famous leaders from different fields have delivered some powerful teamwork quotes to boost morale and keep teams united.

But before beginning with our list of quotes on teamwork, let’s quickly understand a few things.

What is a Team?

A team is a group of people bearing the same ideologies that fuel their ability to work together for achieving common goals. It has two important aspects associated with it i.e.

The process of bringing in like-minded individuals who are contributing individually for a common vision.

It is the ability of every individual to understand each other in a group and efficiently allocating tasks amongst all for scaling the efficiency.

Learn more: The Difference Between Teamwork and Team Building?

In my view, a team is just like a tree that we need to keep nourishing from time to time to make it stronger and harness the fruitful outcomes.

Therefore, it is important that you encourage and build a work culture where employees trust and respect each other.

Here are 91 teamwork quotes to inspire teamwork, celebrate hard work, and strengthen the unity among your team members.

"I don’t like that man. I must get to know him better." - Abraham Lincoln

"Teamwork is the ability to work together toward a common vision. The ability to direct individual accomplishments toward organizational objectives. It is the fuel that allows common people to attain uncommon results." - Andrew Carnegie

"Remember, teamwork begins by building trust. And the only way to do that is to overcome our need for invulnerability." - Patrick Lencioni

"If you take out the team in teamwork, it’s just work. Now who wants that?" - Mathew Woodring Strover

"If I have seen further, it is by standing on the shoulders of the giants." - Isaac Newton

"Many ideas grow better when transplanted into another mind than the one where they sprang up." - Oliver Wendell Holmes

"Individually, we are one drop. Together, we are an ocean." - Ryunosuke Satoro

"Not finance, not strategy. Not technology. It is teamwork that remains the ultimate competitive advantage, both because it is so powerful and rare." - Patrick Lencioni

"When he took time to help the man up the mountain, lo, he scaled it himself." - Tibetan Proverb

"Cooperation is the thorough conviction that nobody can get there unless everybody gets there." - Virginia Burden

"When you need to innovate, you need collaboration." - Marissa Mayer

"The way a team plays as a whole determines its success. You may have the greatest bunch of individual stars in the world, but if they don’t play together, the club won’t be worth a dime." - Babe Ruth

"You don’t win alone. That’s just how it is." - Tobio Kageyama

"We may have all come on different ships, but we’re in the same boat now." - Martin Luther King, Jr.

"Find a group of people who challenge and inspire you, spend a lot of time with them, and it will change your life forever." - Amy Poehler

"Surround yourself with a trusted and loyal team. It makes all the difference." - Alison Pincus

"The nicest thing about teamwork is that you always have others on your side." - Margaret Carty

"Individual commitment to a group effort- that is what makes a team work, a company work, a society work, a civilization work." - Vince Lombardi

"To build a strong team, you must see someone else’s strength as a complement to your weakness and not a threat to your position or authority." - Christine Caine

"I’ve never scored a goal in my life without getting a pass from someone else." - Abby Wambach

"None of us is as smart as all of us." - Ken Blanchard

"If you want to lift yourself up, lift up someone else." - Booker T. Washington

"A team is not a group of people who work together. A team is people who trust each other." - Simon Sinek

"It is amazing what you can accomplish if you do not care who gets the credit." - Harry Truman

"No matter how brilliant your mind or strategy, if you’re playing a solo game you’ll always lose out to a team." - Reid Hoffman

"No one can whistle a symphony. It takes a whole orchestra to play it." - H.E. Luccock

"The ratio of We’s to I’s is the best indicator of the development of a team." - Lewis B. Ergen

"It takes two flints to make a fire." - Louisa May Alcott

"There is no such thing as a self-made man. You will reach your goals only with the help of others." - George Shinn

"The secret is to gang up on the problem, rather than each other." - Thomas Stallkamp

"Strong and cohesive teams thrive when leaders highlight how much they all have in common, not how much he or she stands above from the crowd." - Moira Alexander

"Collaboration has no hierarchy. The Sun collaborates with soil to bring flowers on the earth." - Amit Ray

"No matter what accomplishments you make, somebody helped you." - Althea Gibson

"The best teamwork comes from men who are working independently toward one goal in unison." - James Cash Penny

"A group becomes a team when each member is sure enough of himself and his contribution to praise the skills of others." - Norman Shidle

"Strategy is not a solo sport, even if you’re the CEO." - Max McKeown

"It takes both sides to build a bridge." - Fredrik Nael

"The bigger the dream, the more important to the team." - Robin Sharma

"No individual can win a game by himself." - Pele

"Never doubt that a small group of thoughtful, committed citizens can change the world; indeed, it’s the only thing that ever has." - Margaret Mead

"When you hand good people possibility, they do great things." - Biz Stone

Elevate your Work Culture With These Fun Team Building Activities. Click Here to View the Blog!

"Great things in business are never done by one person. They’re done by a team of people." - Steve Jobs

**"I’m not the smartest fellow in the world, but I sure can pick smart colleagues." - Franklin D. Roosevelt **

"Only by binding together as a single force will we remain strong and unconquerable." - Chris Bradford

"Be fast, be first, but never be alone. Nothing can replace the value of teamwork." - Farshad Asl

"A successful team is a group of many hands and one mind." - Bill Bethel

"Success is best when it's shared." - Howard Schultz

"The whole is other than the sum of the parts." - Kurt Koffka

"A single arrow is easily broken, but not ten in a bundle." - Japanese Proverb

"Interdependent people combine their own effort with the efforts of others to achieve their greatest success." - Stephen Covey

"Sticks in a bundle are unbreakable." - Kenyan Proverb

"A business has to be involving, it has to be fun, and it has to exercise your creative instincts." - Richard Branson

"We rise by lifting others." - Robert Ingersoll

"The only place where success comes before work is in the dictionary." - Vidal Sassoon

"The way to get started is to quit talking and begin doing." - Walt Disney

"Even if you’re on the right track, you’ll get run over if you just sit there." - Will Rogers

"Opportunity is missed by most people because it is dressed in overalls and looks like work." - Thomas Edison

"The secret of getting ahead is getting started." - Mark Twain

"If it scares you, it might be a good thing to try." - Seth Godin

"Diamonds are nothing more than chunks of coal that stuck to their jobs." - Malcolm Forbes

"Teamwork. A few harmless flakes working together can unleash an avalanche of destruction." - Justin Sewell

"The main ingredient of stardom is the rest of the team." - John Wooden

"The way to achieve your own success is to be willing to help somebody else get it first." - Iyanla Vanzant

"Individual commitment to a group effort – that’s what makes a team work, a company work, a society work, a civilization work." - Vince Lencioni

"In business, nothing great can be done by one person alone (typically) but, with a team, great things can happen." - Steven Dunlop

"Many candles can be kindled from one candle without diminishing it." - Midrash

"A sustainable world means working together to create prosperity for all." - Jacqueline Novogratz

"If you can laugh together, you can work together." - Robert Orben

"Great teamwork is the only way we create the breakthroughs that define our careers." - Pat Riley

"Teamwork means that you are willing to compromise when it is best for the team to advance to reach their goals." - Byron Pulsifer

"Unity is strength… when there is teamwork and collaboration, wonderful things can be achieved." - Mattie Stepanek

These were some of the teamwork quotes said by great personalities from different fields. Now, it’s your turn to communicate it with your teams. And for this you can either include these quotes to start off the day on group chats or make some posters and paste around the workplace. 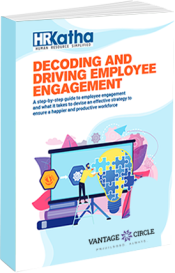 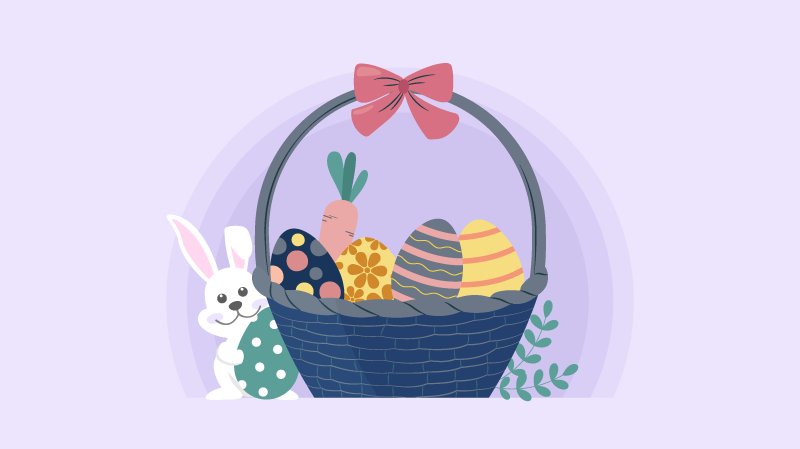 Looking for some awesome easter gifts for employees? Well, you're just one click away from exploring some best easter gift ideas for your staff
Read more > 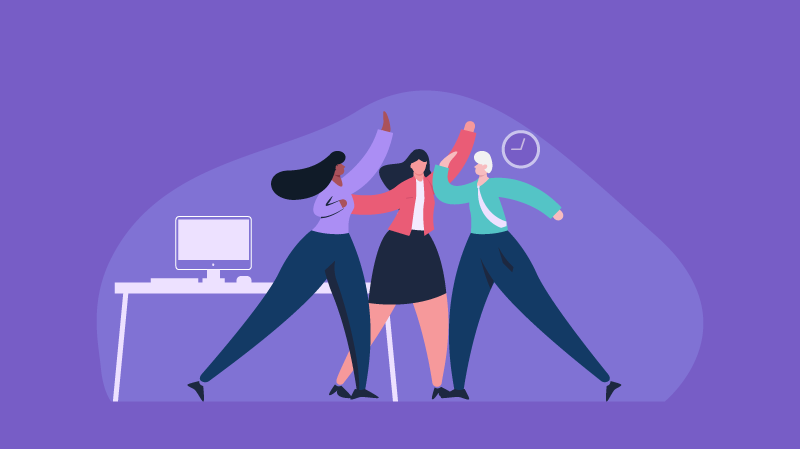 Diversity and Inclusion Trends to Look Out for in 2021

Companies are now hiring diversity professionals committed to the vision and mission of creating a diverse and inclusive workplace. These job roles are a mix of HR, recruitment, and leadership roles and responsibilities.
Read more > 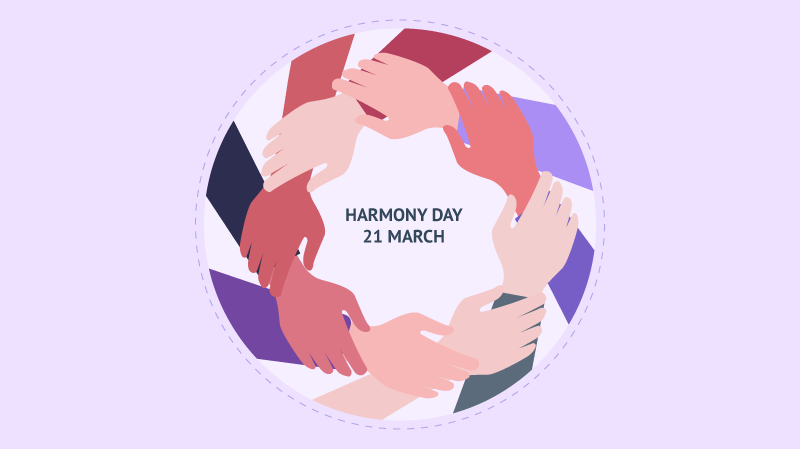 Harmony Day: A Week to celebrate Cultural Diversity at Work

Do you see your coworkers wearing something orange-ish at work today? Does it seem unusual? If you were born and brought up in Australia, I am sure you know what I am talking about. Yes, orange is the color people wear to show support for Harmony Day or rather Harmony Week. What is Harmony Day or a Harmony Week? In the current world of globalization, where people travel worldwide and stay away from their birth places, embracing diverse cultures becomes very important. To combat this issue, Aust
Read more >
FREE RESOURCE
A Complete Guide to Decoding and Driving Employee Engagement
Download our step-by-step guide to devise an effective strategy to ensure a happier and productive workforce.
Loading...