Icebreaker questions are a series of questions designed to make members of a group familiarize themselves with one another and bond better. An icebreaker question can range across multiple topics such as work, personal life, hobbies, etc.

The power of asking the right icebreaker questions gets vastly underestimated. Monotonous meetings, disengaged employees, or just for a "pick-me-up" purpose; a well-executed ice breaker will help you foster genuine team bonding.

The term ice breaker denotes using a specific medium to "break the ice" of a person's outer surface and get to know his inner thoughts, ideas, and personality. We have found that ice breakers are the simplest way for a group of people to unite on common ground, especially when onboarding a new employee.

However, conducting an ice breaker session is more than asking a great question. According to Tim Hallett, before you break the ice, first identify what the ice represents.

Here is our extensive list of icebreaker questions that we manage to use in our organization frequently. Scroll down and find out if any of these team building questions resonate with you. 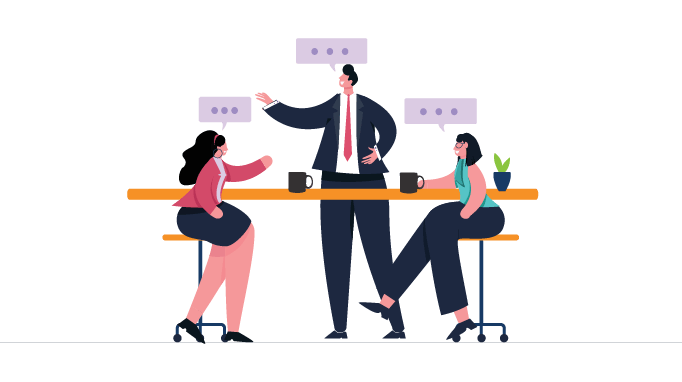 1. Name one colleague who is the most likely to escape a deserted island alive?

2. If given the opportunity to be the boss for a day, which is the first thing you would do?

3. If you had to meet any historical figure and choose him as your teammate, who would it be?

4. What is the one thing that would actually help remote teams to function better?

5. Especially, which one of your colleagues should go on to open his/her own company?

6. What was your dream job when you were a kid?

7. What is the most memorable thing you bought with your first salary?

8. Altogether, what is your favorite thing about your team?

9. How do you feel about a four-day workweek where the total hours worked will be the same?

10. In particular, which team building activity is your favorite?

11. Which team members of your remote teams are the most likely to go wild without any kind of human interactions?

12. All in all, what is the worst job that you’ve ever heard of?

13. Altogether, what is the best advice you’ve received from anyone in this office?

14. According to you, who has the perfect personality of being a talk show host?

15. What is the best compliment that you’ve received from someone in the office?

16. All in all, what is your favorite food that everyone would most likely hate?

17. For the rest of your life, you could choose one team member to work with. Who would it be?

18. Particularly, what’s the worst thing about working from home?

19. By and large, what’s the best thing about working from home?

20. In a talk show, who among your team would get invited back multiple times? 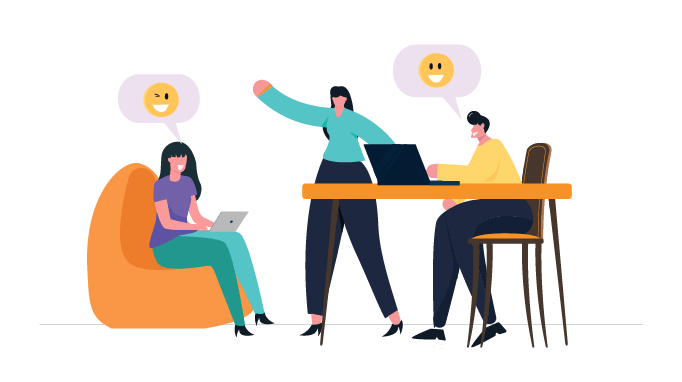 21. If trapped in a horror movie, who would be the first one to die from your team?

22. All in all, who is more likely to cry during an emotional moment?

23. If you had to talk like a cartoon character for the rest of your life, who would you choose?

24. If given the choices of being the best at your worst job or the worst at your dream job, which one would you pick?

25. Altogether, what is the most embarrassing thing you’ve ever done?

26. All things considered, the worst advice you’ve followed and regretted?

27. If the title of your autobiography is the name of your favorite guilty pleasure, what would it be?

28. The worst advice you’ve given that others regretted?

29. Which is the lie that you’ve frequently gotten away with?

30. Aliens have landed on Earth and have claimed one of your team members as their spy. You’re the least bit surprised. Who is it?

31. If you had to break the ice during some awkward silences, which joke would you crack?

32. According to you, which reality TV show is the funniest?

33. Namely, a peculiar family tradition that you have?

34. In which sport would you compete (weird things are fine) that’ll fetch you at least one award?

36. Particularly, name a team-building activity that you secretly hate?

37. The worst thing that you’ve ever eaten?

38. Name one thing that you’ve always imagined doing but never did?

39. Which is a word that you particularly can’t stand the sound of?

40. Meanwhile, name the most adventurous dish that you’ve ever eaten? 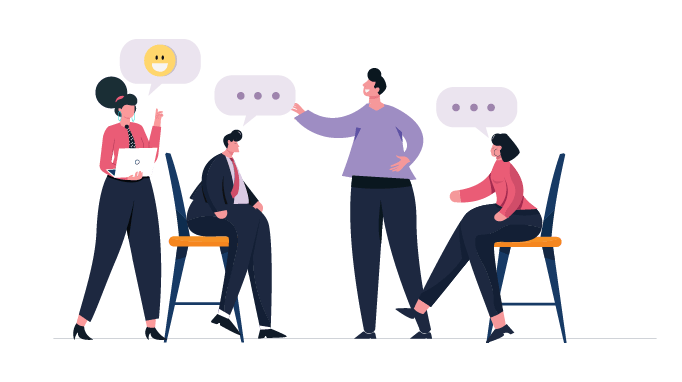 41. According to you, what is the most mind-numbingly boring movie ever made?

42. What is the most underrated song that everyone should listen to at least once in their life?

43. If given the choice of having a talk show host narrate your life, who would you choose?

44. Which reality TV show is your guilty pleasure?

45. All in all, the movie that had the most significant impact on your life and why?

46. If you could switch your life with any fictional character, who would it be?

47. Decidedly, you must choose a fictional world that'll become the new reality. Which one would you pick?

48. According to you, what is the most monotonous sports to watch?

49. Who would be the first celebrity guest in your very own talk show?

50. You now have the option of only viewing a particular celebrity’s work for the rest of your life. Who do you choose?

51. Without a doubt, who is the greatest actor that has ever graced the world?

52. If you had the chance to be in the Olympics, which sport would you compete in?

53. Generally, which reel life character are you most inspired by?

54. Which talk show host is your absolute favorite?

55. Given the chance to star in any movie, what will be the movie most likely be about?

56. Which song has the ability to cheer you up?

57. Namely, the most underrated celebrity that you know of?

58. Do you follow any family tradition that centers around movies, sports, or songs?

59. In this case, you have the chance to work with any celebrity that you want. Who would you choose?

60. What is the worst job ever done by a celebrity artist?

Icebreaker Questions Based On Daily Life 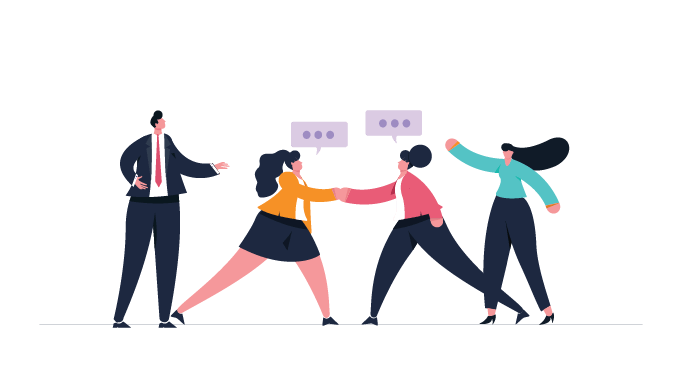 61. Which one book you’ve always wanted to read but didn’t get around to it?

62. Any particular skill that you would recommend to everyone to learn?

63. What is the one thing you look forward to doing when you wake up in the morning?

64. Tell us the best advice you’ve ever received in your life?

65. What would be the title of your autobiography?

66. What is your “I wish I had started doing this earlier in my life”?

67. At reaching which milestone would you consider yourself to be successful?

68. Which cartoon character do you find most relatable to now?

69. If given the option to time travel to your past and give yourself some advice, which age would you choose to go to?

70. The most terrible fashion trend that you followed religiously?

71. If you had the chance to go back and start again, what age would you choose?

72. If you could meet any historical figure and ask them only one question, who would it be and what would you ask?

73. When you die, what would you like to be remembered for?

74. What is the most fantastic thing that has ever happened to you?

75. The last mistake that you made is the title of your autobiography. What would it be?

77. The one thing that you think everyone in this world should follow?

78. Given the chance to live the life of another person, who would you choose?

79. The kindest thing anyone has ever done for you?

80. Who is the most inspirational person that you’ve ever met? 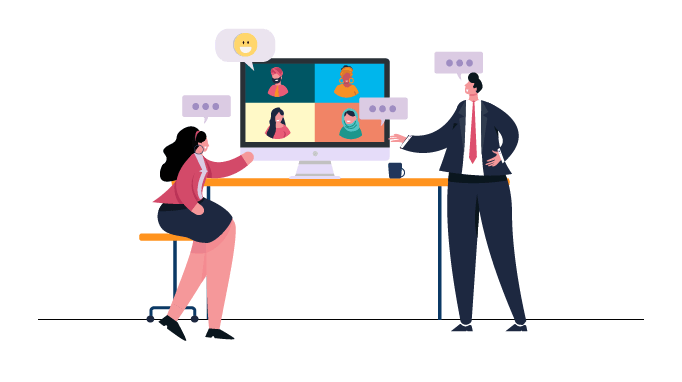 82. What is that one simple thing that everyone finds it easy to do, but you struggle with it?

83. Which is your favorite hack of eating healthy foods?

84. If you were given the option to interact and meet any historical figure, who would you pick?

85. What is the one ice breaker question that should be made mandatory?

86. That one food you never understood why everyone liked?

87. Which is the most adventurous food you’ve ever eaten?

88. What are the 5 things that are the most important to you except friends and family?

89. A book that you think will change lives?

90. What is that one thing that your younger self would have never imagined you doing now?

91. If there were no limits, which place would you want to spend the rest of your life?

93. You have 5 minutes to hide a paperclip in your home. A detective is hired to find it. But if he fails, you’ll get 10,000 dollars as a reward. Where would you hide the paperclip?

94. Namely, what is your favorite polite insult?

97. Which everyday office task, if turned into an Olympics sport, would you fail in miserably?

98. Which childhood favorite food would you love to eat again but has been discontinued?

99. What is the worst gift you have ever received?

100. What song or music would make even the worst jobs bearable to do? 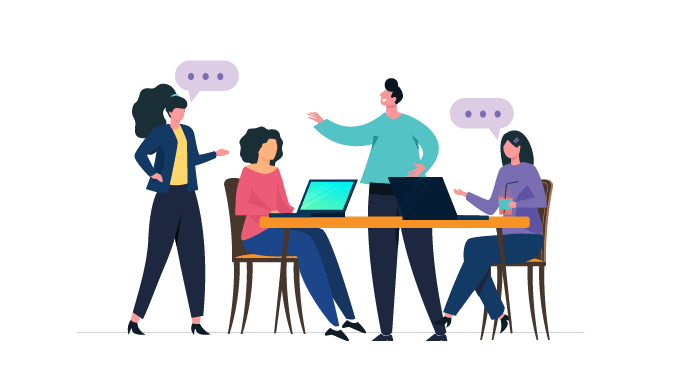 101. Currently, is there any quote that really inspires you?

102. What is the strangest thing that has happened to you?

104. You can't time travel, but your phone has the internet from 5 years in the future. What do you search for first?

105. If you could go back in time with the knowledge you currently have, what age would you choose, and why?

106. Considering there was a room filled with everything you've ever lost, what item would you be most excited to recover?

107. What’s the first thing you’ll do once the world is free of the pandemic?

108. Notably, what is your happiest memory to date?

109. In reality, which conspiracy theory do you believe entirely is true?

110. Significantly, what’s the dumbest thing that you actually believed to be true?

111. What is the one piece of advice you've been given or would like to provide other remote workers to make their lives easier?

Do you have any other icebreaker questions in mind? Do tell us in the comments below. 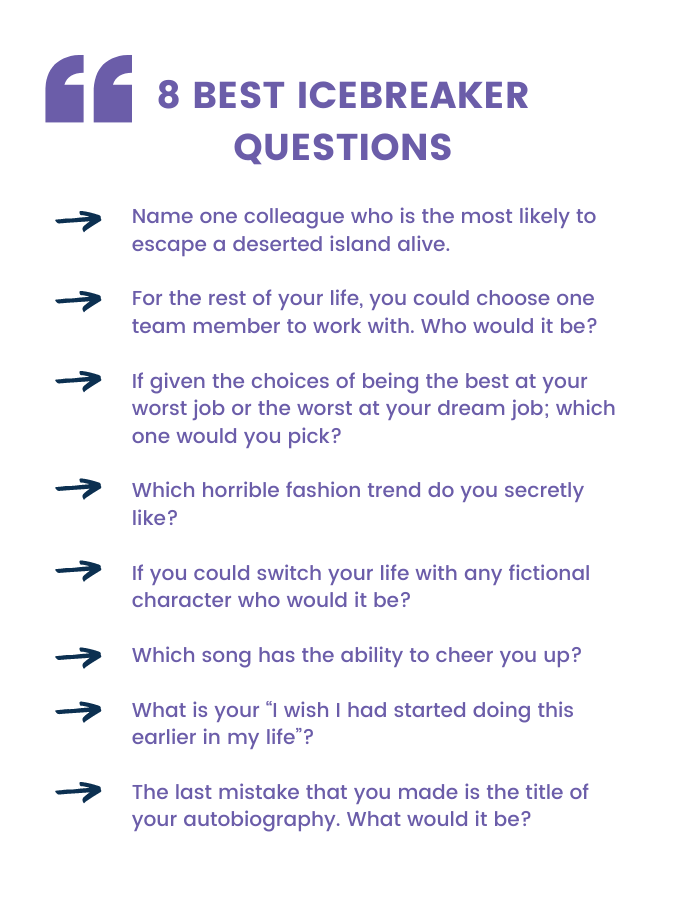 Automate, simplify and streamline all types of recognition and rewards into one easy-to-manage system. 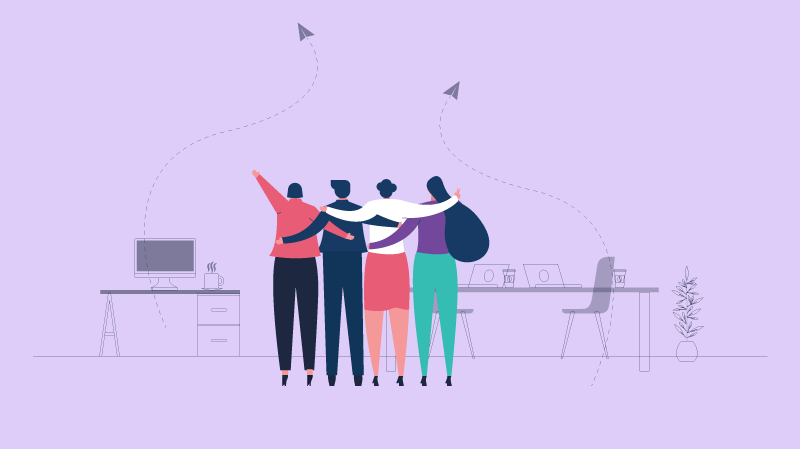 Should You Make Friends At Work?

It's very natural to look for friends at work, and it's necessary for professional success. Here are some ideas/ rules of making friends at work that we must consider.
Read more > 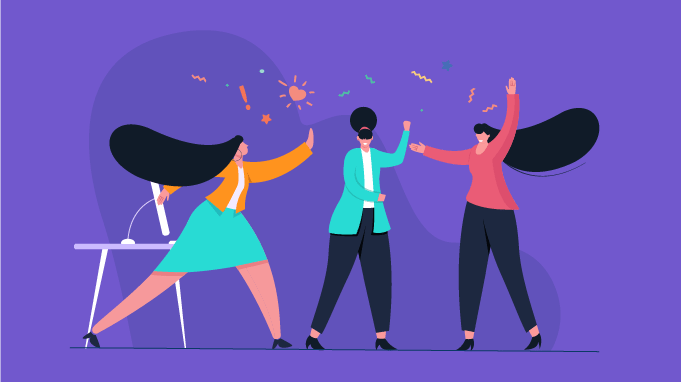 It is the time when your business should come together and celebrate the outstanding women you meet and hire. Here are seven Women's History Month ideas if you are looking for some fun and engaging ways to celebrate the ladies in your office this March.
Read more > 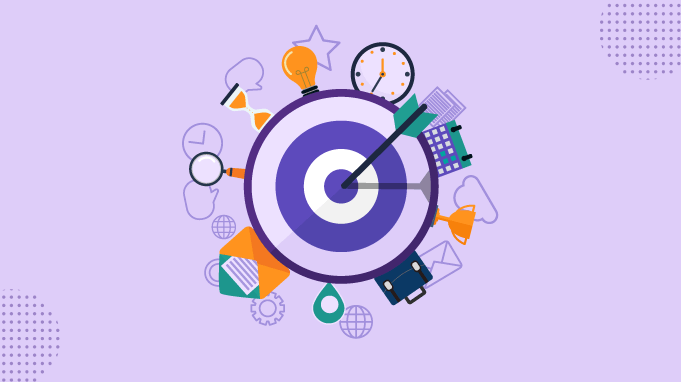 A brief look into 6 actionable guidelines that managers can use to set effective team goals.
Read more >
FREE RESOURCE
A Complete Guide to Decoding and Driving Employee Engagement
Download our step-by-step guide to devise an effective strategy to ensure a happier and productive workforce.
Download now