The Four Day Work Week Might be the Future 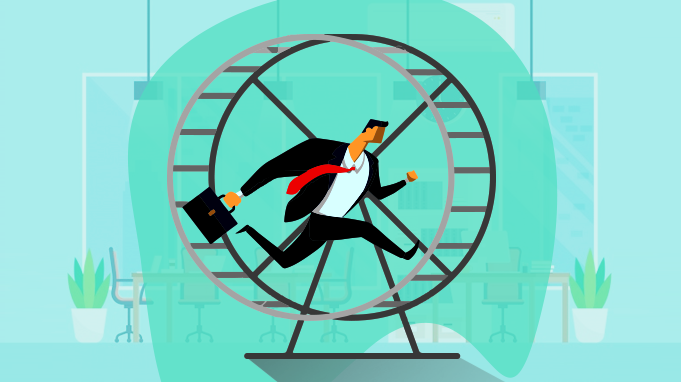 For a long time, both science and health experts have been saying that less is more. That working for fewer hours actually increases productivity. Employees have been asking for it. Employers have read about it. But very few companies have actually done it. Until this organization.

A New Zealand company, Perpetual Guardian, has been in the news a lot this year. Why? Because they finally did something that a lot of companies have been just thinking of doing.

A four day work week for their employees.

They conducted an experiment this spring to help employees achieve a work-life balance. The experiment was that employees would work for four days a week instead of five and get paid for the five. And after experimenting for more than two months, they have now made this permanent.

“ If I gave people a day off a week to do all the other stuff that got in the way–all the little problems that you might have outside of work–would you then get better productivity in the office in the four days when people worked? ”

They did this for eight weeks and saw that their employees’ sense of work-life balance jumped from 54% to 78%. As a result of this trial, stress amongst employees also went down from 45% to 38%.

The other factors which changed drastically were stimulation, engagement, and focus. Employees’ commitment to their employer also rose up from 68% to 88%. (source – Fastcompany)

This must mean that their employees are now a lot happier than before. That the struggle to achieve the work-life balance has reduced.

Barnes said he sees no downside to this for his company. He says,

If you can have parents spending more time with their children, how is that a bad thing?

The Negative Effects of Overworking

If it’s Monday, you can’t wait for the week to get over. When it’s Friday, you don’t want the weekend to get over. Right? Join the club.

Now, I can bombard you with a lot of quotes to explain the importance of work-life balance. But I am going to quote just one person who shook me up with his explanation.

“Imagine life as a game in which you are juggling some five balls in the air. You name them — work, family, health, friends and spirit and you’re keeping all of these in the air. You will soon understand that work is a rubber ball. If you drop it, it will bounce back. But the other four balls — family, health, friends, and spirit — are made of glass. If you drop one of these, they will be irrevocably scuffed, marked, nicked, damaged, or even shattered. They will never be the same. You must understand that and strive for balance in your life.” ―Brian Dyson, former vice chairman and COO of Coca-Cola.

All those extra hours that you are putting into work might be showing on your paycheck, but it’s also showing on your health. And to tell you the truth, the picture is not pretty.

Working overtime affects your heart. The University of Texas Health Science Centre at Houston studied the link between overtime and CVD. The research showed that for people who had worked for 10 years or more, the CVD increased by 1% for every added hour.

Research also shows that those who work for more than 55 hours a week have a much higher chance of having an irregular heart rhythm leading to stroke.

Employees are already stressed. A survey done on 3000 people shows that 6 out of 10 employees (59%) feel stressed. The biggest cause of stress being money worries (45%) and family issues (45%).

Also, 76% of HR personnel have said they feel strained at work.

Now add overtime to that. Stress can lead to an increase in blood pressure and blood sugar. And over a long time, it can lead to mental health problems, obesity, and skin problems to name a few. Other problems include a lack of efficiency, productivity. This will eventually lead to the inability to fulfill tasks, deadlines pushed, etc.

To relieve this stress, employees turn to alcohol and smoking. After a long day, you tend to head to the nearest pub and have a pint or two. It might be with your colleagues, your flatmates or even your boss. And it’s fine as long as it’s in moderation.

But not when you overdo it. The Finnish Institute of Occupational Health found that people who log long hours are about 12% more likely to become heavy drinkers.

The Finnish Institute of Occupational Health & London University conducted a 6-year survey. They observed 2000 men and women of an average age of 47 in the UK for six years.

Sleep deprivation can cause problems like anxiety, depression and weight gain. It can and does harm the quality of their work. When you are not well rested, you can have a severe headache the next day which you then try to compensate with caffeine. But you will still feel groggy and stay irritated the whole day.

Lack of sleep affects productivity and efficiency. It can make you feel exhausted and drained out. You also might not feel motivated to go through work.

According to the National Sleep Foundation, a person should sleep for 6-7 hours per night. But in reality, employees sleep for just six hours or so every night.

This is another dangerous result of overtime. Suicidal ideation means having suicidal thoughts. The OECD conducted a survey to measure countries with the longest working hours. South Korea ranked third after Mexico and Costa Rica. South Koreans work an average of 2,069 hours per year per person.

A research showed that for South Koreans, who worked for more than 60 hrs/week, the suicidal ideation rose up by 30%. There was a 31% increase in male workers and 33% increase in female workers. It was also high for those working for 51–60 hours per week.

As a means to curb this, the government has reduced their maximum working hours from 68 to 52.

Although Japan doesn’t rank as a country with the longest working hours, death by overworking is high in Japan. They even have a word for it. Karoshi.

Karoshi is translated literally as “overwork death.” It means employees dying due to stress, stroke and even a starvation diet. The reason for this might be that Japan doesn’t have any upper limit on the maximum weekly hours limit or overtime.

Apart from affecting your health, overworking also affects your productivity and efficiency. Being stuck in the same role for a long time will eventually lead to exhaustion and burnout. Also called the burnout syndrome, it is a direct consequence of intense or prolonged stress.

“emotional exhaustion which leads to the loss of motivation which tends to give way to a feeling of inadequacy or failure.”

When your employees feel demotivated, their will to put in efforts to achieve also wears down. The zeal to work as a team, come up with innovative and creative ideas also reduces. This leads to work getting piled up, pushed back deadlines, internal conflicts. Individuals start doubting their capabilities when they don’t perform as well as before. This ultimately affects the company’s bottom line.

Organizations are finally working towards helping employees live life outside of work. Here are a few examples –

The project is called gDNA which started in 2012 and is going to go on for approximately 100 years. It closely examines 4000 Googlers every year. The aim is to help Googlers achieve a work-life balance.

An extension of this project was “Dublin Goes Dark.” They asked employees to leave their devices at the front desk before going home. Yes, all phones, ipads, laptops stayed at the office. Lazlo Bock, the SVP of their People’s Operations wrote,

It was a nudge to help Googlers ignore off-hours emails and enjoy life.

A flexible work-life balance is what ECG’s founder, Jane Lambert believes in. None of the employees working in her company are full-time workers. She has 10 employees in her office and 75 freelance trainers. What’s unique is that everyone works at different hours of the day. But the company is staffed all from Monday to Friday by at least 2 employees in the office at a time.

She is all praise of this work style saying that by having such a system,

“team dynamics change throughout the day as staff arrive and leave at different times. It makes it a fun, supportive and uplifting place to work.”

Moz is the go-to place for all marketers. It offers SEO and inbound marketing solutions. And those who use it, you know how brilliant Moz is.

On Glassdoor, almost all employees have stated work life being very flexible. Moz mostly hires remote employees. They give them the room to manage life outside of work. It also helps employees grow personally and professionally.

Now it doesn’t necessarily mean that taking a day off every week is the only way to maintain a work-life balance. We can’t ignore the fact that employee well-being programs are dependent on the country, culture, and organization.

But you can provide employees benefits to help them separate between life and work. As a manager, you need to create a balance that matches with the number of hours put in by your employees. Because at some point in your life you must have worked for an organization which you wished would let you clock out sooner right?

This article is written by Shreya Dutta who is a content writer and marketer at Vantage Circle. She is passionate about all things literature and entrepreneurship. To get in touch, reach out to editor@vantagecircle.com
×
[Free eBook]
A complete guide on corporate wellness programs
A definitive guide to building a complete employee wellness program by highlighting the importance, strategies and ideas to holistic employee health.
Download now

Stay updated with Vantage Circle by signing up for our newsletter!

Breakfast is arguably the most important meal of the day. After an overnight fast, it provides our bodies with required fuel for energy to last throughout the day, hence its name. Starting a day without having breakfast is like starting a car without any petrol - it will eventually stop
6 min read Importance of Work-Life Balance And How to Achieve It

Work-Life Balance is about maintaining the perfect balance between your personal lives and your work life. It is the opposite of over-working or being a workaholic.
6 min read The Benefits Of Outdoor Activities For Work Productivity 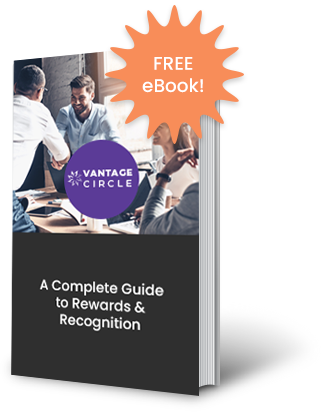 Wait! Don't leave empty handed!
Get this eBook
FOR FREE
A complete guide to employee rewards and recognition and how to shape a program that keeps your employees engaged at workplace.
Download Now