Employee Engagement Ideas To Take Away From Snapdeal 2.0 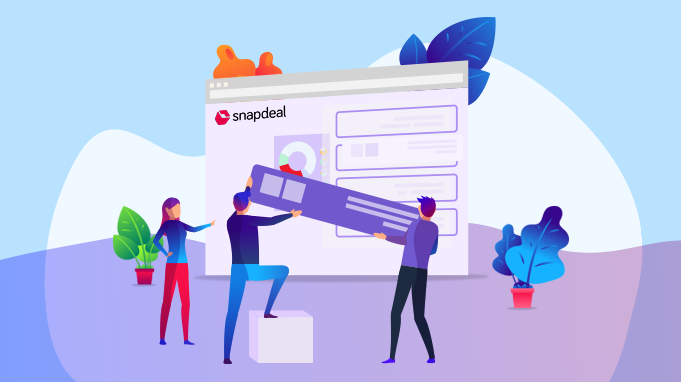 Consider this as a bedtime story for all current and future entrepreneurs. Employee engagement is necessary for your business. Indeed, Snapdeal-who everyone wrote off-came back stronger than ever. Their secret? Brilliant employee engagement ideas and strategies, according to co-founder Kunal Bahl.

Snapdeal is back into the scene after being invisible for more than a year. Snapdeal 2.0, as reinvented, reported cash-positive for the first time in its history.

In particular, the reason Snapdeal 2.0 has seen the light of the day is that of Snapdeal's employees. Moreover, Snapdeal founders-Kunal Bahl and Rohit Bansal- acknowledged that employee engagement ideas played a massive role in the revival of their company.

Take note. Learn from it. Employee engagement ideas can change your company's fortune.

Thus in every situation, your employees are your biggest assets.

Motivated and happy employees will be able to handle whatever bad days your company will possibly face.

But the good news is that most employee engagement ideas are already tried and tested throughout the years. In fact, your first job is to mine this gem of an opportunity.

Let's take a look at how Snapdeal did it.

Recently, Bahl wrote an article on LinkedIn where he addressed the rumors circulating about the future of Snapdeal.

According to Bahl, by the time the merger discussions with Flipkart fell through, Snapdeal was facing its worst-ever crisis.

Bahl and Bansal decided that instead of running away, they would face the problem heads on. As a result, on July 31, 2017, Snapdeal 2.0 was born.

Yet, they realized they were working on borrowed time. For one thing, Snapdeal 2.0 was facing the mighty task of solving its predecessor's problems.

Thus, Snapdeal 2.0 needed to change tactics if it hoped to survive this crisis.

Consequently, Bahl and Bansal decided to revamp their strategies. They agreed that employee engagement ideas were their foremost priority.

For Snapdeal 2.0 to succeed, every employee needed to invest physically as well as emotionally.

It seemed like it was Snapdeal 2.0 versus the world.

Employee Engagement Ideas: How Snapdeal Dealt With It

The few remaining employees at Snapdeal were essential. Each one of them was crucial in ensuring Snapdeal 2.0's success.

The major problem was that every employee had a fear of getting laid off. Bahl and Bansal were sure that it wasn't necessary. Every employee was to be a part of their new venture.

The employees themselves were not too sure about it. So how to go on about changing their perception?

To combat these doubts and fears, Snapdeal organized a series of meetings.

2. Keeping up the employees’ motivation

To keep up employees' motivation throughout the whole process, distinct measures were followed.

The enthusiasm of each member of the team is the building block of our business, and the waning despair being replaced by growing positivity was becoming quite visible.

The most important task was to show that their hard work was not going in vain.

As the months progressed, the results spoke for themselves. Due to the new and improved management, Snapdeal was finally gaining some ground.

The celebration of fulfilled objectives was mandatory for increasing employee morale. Also, it was important for the employees to focus on the goals and plans.

After selling FreeCharge to Axis Bank for Rs 385 crore, some of Snapdeal's trouble dissipated.

Thus, from October of 2017, money troubles were a thing of the past. Therefore, Snapdeal was free to pursue its profit objectives without worrying about securing funds from external sources.

The only focus was now on prepping Snapdeal 2.0 to launch as soon as possible.

Therefore, the year 2017 ended on a positive note. As a result, the last three months saw the completion of individual monthly targets. What can be a better motivator than this?

Each opportunity to appreciate the incredible work of the teams became an impromptu celebration.

Rewards and recognition is the best employee engagement idea. The knowledge that the meeting of goals will result in reward pushed the employees to do better.

Snapdeal set up various forums for rewards and recognition for the employees.
Rewards were given to the employees who were performing well, were meeting their goals, and were great team members.

One of the unique employee engagement ideas was the introduction of the "Machate Raho" Awards.

Bahl and Bansal conducted "Chai Pe Charcha" ( literally translates to "discussions over tea") with the top performers. This group of people met every month, drank tea, and chatted with each other.

It was such an informal event by itself. And a very, very Indian thing to do.

Something that Snapdeal was trying hard to establish was that an Indian e-commerce site can dominate the market. And everybody knows that there's nothing more Indian than the love for chai.

The top performers gathered around each month and chatted. There, they talked about diverse topics. Mainly about their personal lives, issues at work, short-term worries, and long-term hopes.

These sessions made something extraordinary happen. The high achievers of different departments had a chance to interact.

Otherwise, a data scientist made a change in the algorithm to reduce returns of the previous months, and a call center agent, who gave excellent customer service, would rarely cross paths.

The senior team clearly needed a day for themselves among all the chaos.

At the end of the day, even the senior team were employees themselves. Although they had been acting as support for other employees, they also experienced their fair amount of stress.

Thereupon, Bahl and Bansal started regularly taking the senior team out to dinner once a month.

As a result, these dinners acted as a catalyst to bond them together. They were all fighting the same war. More than colleagues, they needed to be friends first.

Sugarcoating things was not going to benefit anyone. Every one of their employees needed to be aware of what was happening.

Thus, Bahl and Bansal decided that transparency was their best option. Bad or good, everything was laid out bare.

Bahl and Bansal were on the receiving end of questions from employees. It was Snapdeal's turn to convince the employees on why the employees should invest in it.

In July of 2018, Snapdeal reported cash positive for the first time in its history.

It was a victory against unimaginable odds: accelerated timeline, no cash reserve, dwindling motivation.

The only thing in their hands were the plan, their objectives, and a team that worked day and night to make it a success.

But to actually achieve their goal was better than their imaginations. It was all worth it.

Being cash positive meant that Snapdeal was finally financially independent. Indeed, now they could concentrate on the company's growth and shift the focus to new directions. Accelerating growth would not interfere with cash generation.

For Snapdeal, one year changed everything. The main contributors to their success were a mere 800+ employees. It took grit, focus, discipline, and a whole lot of employee engagement ideas.

Snapdeal took employee engagement ideas so seriously that when it reported cash-positive, the family members of all their employees received personalized thank-you letters.

In those letters, Snapdeal appreciated the commitment put out by the employee's families.

There, it stated that the milestone achieved was also because of their belief and patience. Snapdeal truly believed that it takes a family to achieve the success that they had.

And that's what every employee was to them- a member of the Snapdeal family. 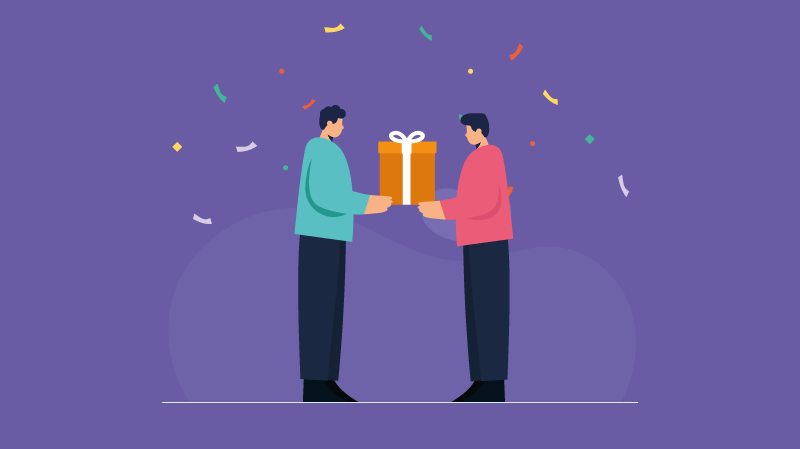 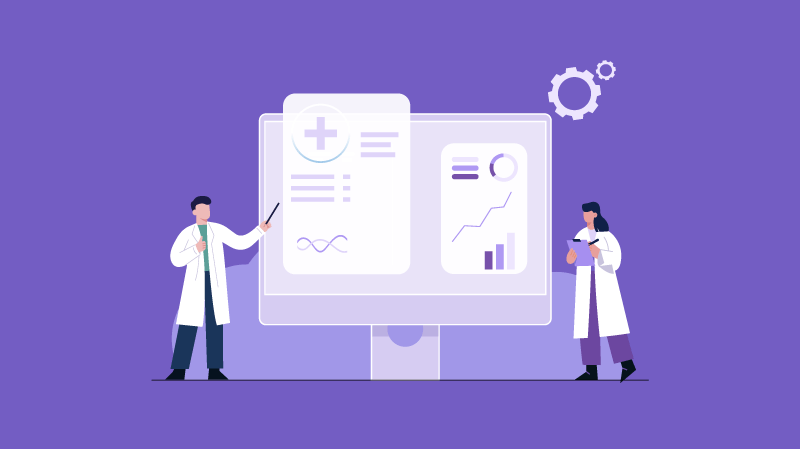 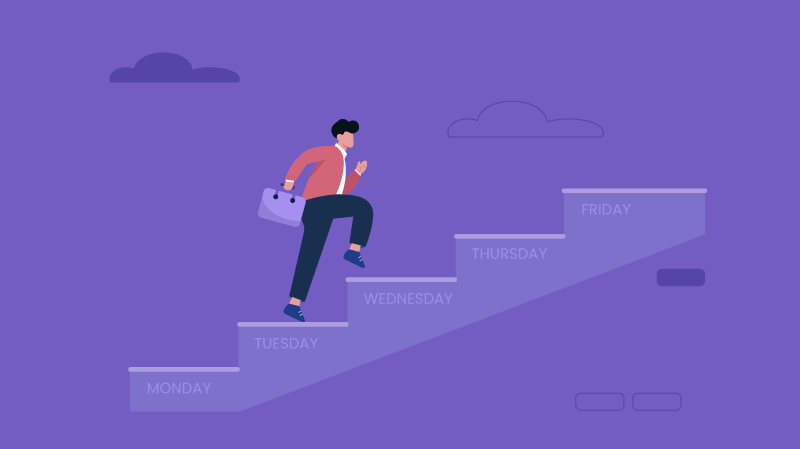 9 min read
February 02, 2022
#emp_eng
Boost employee engagement with this FREE guide!
Download this ultimate guide to learn the secret to a happy workplace.