We usually write about motivating employees. But this time we decided it’s time to motivate the person behind a team’s success. The manager. Here’s why we decided that it’s high time we write down a list of quotes for managers to inspire motivation in them.

Managers are perhaps the most underrated piece in the organizational puzzle. Seeing that they are considered as the bridge between employees and senior executives, they deserve the due credit.

On a day to day basis, managers face a tremendous amount of stress and demotivation. From ensuring that a project gets completed on time to overseeing every aspect of the teamwork, the burnout that they face is not often talked about.

Managers need as much motivation as every other working person. Here is a compilation of the 33 best quotes for managers that will help you to gear up for your next challenge to tackle.

33 Quotes For Managers To Show Why They Are Irreplaceable 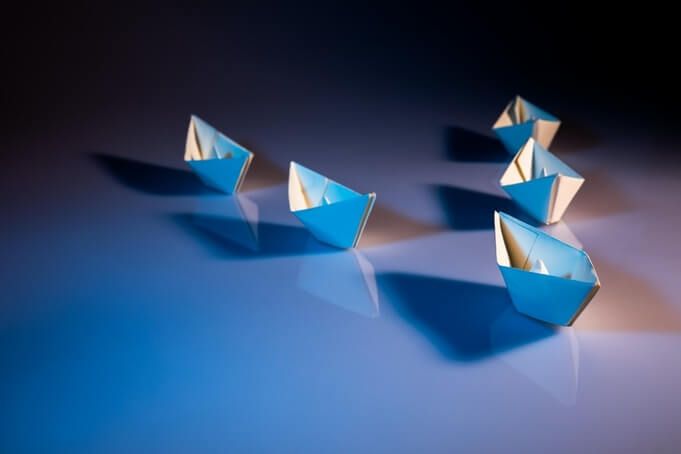 Management is efficiency in climbing the ladder of success; leadership determines whether the ladder is leaning against the right wall.

Good management is the art of making problems so interesting and their solutions so constructive that everyone wants to get to work and deal with them.

Great managers fight for their people.

One of the jobs of a manager is to instill confidence, pump confidence into your people. And when you've got somebody who's raring to go and you can smell it and feel it, give 'em that shot.

Achieving the highest possible return on human capital must be every manager's goal.

If I had to sum up in a word what makes a good manager, I'd say decisiveness. You can use the fanciest computers to gather the numbers, but in the end you have to set a timetable and act.

A manager's job is simple. For one hundred sixty-two games you try not to screw up all that smart stuff your organization did last December.

A manager is a guide. He takes a group of people and says, 'With you I can make us a success; I can show you the way.'

Good management consists in showing average people how to do the work of superior people.

Treat employees like they make a difference and they will.

Don’t tell people how to do things, tell them what to do and let them surprise you.

One of the most important tasks of a manager is to eliminate his people’s excuse for failure.

To be a good manager of people requires both fairness and bluntness.

If you want to build a ship, don’t drum up the men to gather wood, divide the work, and give orders. Instead, teach them to yearn for the vast and endless sea.

It is better to lead from behind and to put others in front, especially when you celebrate victory when nice things occur. You take the front line when there is danger. Then people will appreciate your leadership.

Find the smartest people you can and surround yourself with them.

One bad day from one member of my staff doesn’t mean they are not really good at their jobs the rest of the time. I play a long game in terms of management.

The key to being a good manager is keeping the people who hate me away from those who are still undecided.

As a manager, your job is not to teach people talent. Your job is to help them earn the accolade "talented" by matching their talent to the role. To do this well, like all great managers, you have to pay close attention to the subtle but significant differences between roles.

I think that the best training a top manager can be engaged in is management by example.

The challenge of leadership is to be strong, but not rude; be kind, but not weak; be bold, but not bully; be thoughtful, but not lazy; be humble, but not timid; be proud, but not arrogant; have humor, but without folly.

If I have one skill as a manager, I can make things extremely clear.

Don't be a time manager, be a priority manager. Cut your major goals into bite-sized pieces. Each small priority or requirement on the way to ultimate goal become a mini goal in itself.

An employee's motivation is a direct result of the sum of interactions with his or her manager.

Sometimes the manager actually is the glue that holds everything together, and when you take that manager out, sometimes that's when things start to go really wrong.

You can learn a lot about good management by working under someone who is a bad manager.

To be a good manager, a manager tries to constantly fight to reduce waste.

Which inspirational quotes for managers was your favorite? Tell us in the comments below.

How To Overcome Major Business Challenges And Set An Example

Lazy Employees: 10 Steps on How To Handle Them

Grow Your Business with these 14 Amazon Leadership Principles

A Definitive Guide on Diversity and Inclusion in the Workplace What is management style? "Management is, above all, a practice where art, science, and craft meet" - Henry Mintzberg. So, management is an all-rounder task. It consists of planning, organizing, directing, and working with an individual or a group of individuals for an organization's goals and objectives. Management
8 min read Maximizing Manager Effectiveness in an Organization

When we talk about an organization’s backbone, we can always relate it to its employees. However, one should not forget the overall importance of managers being as effective as employees in organizational success. With managers playing a pivotal role, it brings to our main topic of manager effectiveness in
4 min read 9 Common Types Of Employees And How to Motivate Them

Workplace is a blend of different types of employees with distinct views and opinions. It is this uniqueness that makes for a perfect workspace. This mix helps workers meet new people, know different cultures, and derive a better professional experience altogether. While all this sounds great, there are a few
5 min read
FREE RESOURCE
A Complete Guide to Decoding and Driving Employee Engagement
Download our step-by-step guide to devise an effective strategy to ensure a happier and productive workforce.
Download now