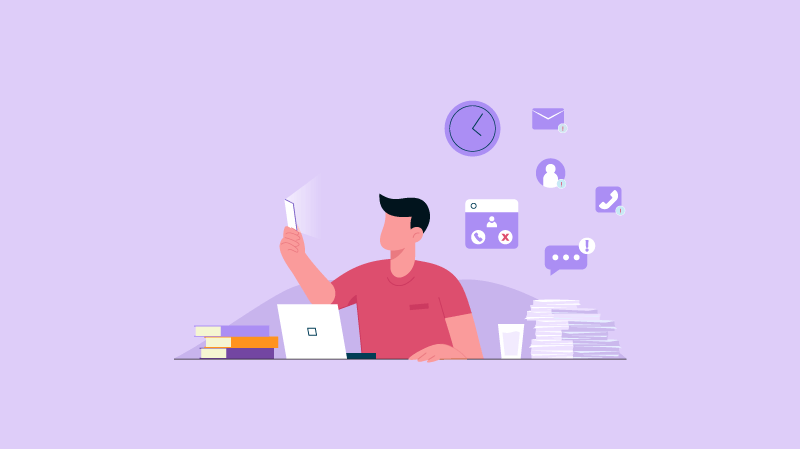 Can you relate to the feeling of having many things to do but not being motivated to get up? If so, then this list of procrastination quotes is definitely for you!

If you are an avid procrastinator you must have found yourself wondering why you procrastinate. Let's begin with the what before we examine the whys.

Procrastination is rather an act of unnecessarily postponing or delaying actions. In other words, it is the inaction motivated by fear or lack of motivation.While laziness can be one of the reasons behind procrastination, there may be other mental blocks such as suffering from ADHD.

But don't be too hard on yourself. Everybody has bad days. Begin overcoming your procrastination by starting your day with these anti-procrastination quotes that will motivate you to complete your tasks on time.

100 procrastination quotes to help you conquer your fear of inaction - 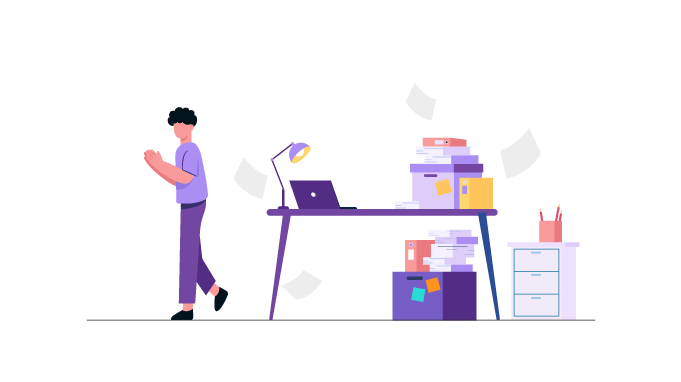 Procrastination is the thief of time
- Edward Young

Procrastination is the grave in which opportunity is buried.
- Anonymous

The greatest amount of wasted time is the time not getting started.
-Dawson Trotman

Procrastination is like a credit card, it’s a lot of fun until you get the bill.
-Anonymous

A man who procrastinates in his choosing will inevitably have his choice made for him.
-Hunter s Thompson

A pursuit for perfection is the most leading cause of procrastination.
-Neeraj Agnihotri

Procrastination is a dream slayer, slavemaker, and life taker that shadows your mind and obscure your goals. Action is a superpower, take it.
- Leaura Alderson

Procrastination is one of the most common and deadliest diseases and its toll on happiness and success is heavy.
-Wayne Gretzky

Today stop making excuses why you can’t get it done and start focusing on all the reasons why you must make it happen.
- Anonymous

You may delay, but time will not.
-Benjamin Franklin.

You cannot escape the responsibility of tomorrow by evading it today.
- Abraham Lincoln

Someday is not a day of the week.
- Janet Dailey

Amateurs sit and wait for inspiration, the rest of us just get up and go to work.
- Stephen King

Don’t wait the time will never be right.
- Napoleon Hill

My advice is never to do tomorrow what you can do today. Procrastination is the thief of time.
-Charles Dickens

Procrastination is the pandora of all disasters.
- Pandora Poikilos

The breeding ground of fear is procrastination and inaction. We overcome them by not preparation but by taking action.
- Debashish Mridha

The secret of getting ahead is getting started.
- Anonymous

Even if you are on the right track, you will get run over if you just sit there.
- Arthur Godfrey

The only difference between failure and success is the ability to take action.
-Alexander Graham Bell

The most effective way to do is to do it.
-Amelia Earhart

The dread of doing a task uses up more time and energy than doing the task itself.
-Rita Emmett

Do something instead of killing time. Because time is killing you.
-Paulo Coelho

Once I finished, I got that procrastination monkey off my back and I started seeing doors opening.
-Eric Thomas

We are so scared of being judged that we look for every excuse to procrastinate.
-Erica Jong

Sometimes the best way of going ahead with life is doing what is necessary, instead of procrastinating. Often a joyful patch is just a few hours away.
- Kunal Jain

When there is a hill to climb don’t think that waiting will make it smaller.
- Anonymous

Do or do not. There is no try.
- Master Yoda

Potential is an excuse to procrastinate, ambition is a means to thrive.
- Donovar King

The man who waits to know everything is the man who never does anything.
-Craig D Lounsbrough

Procrastination is the lazy cousin of fear. When we feel anxiety about an activity, we postpone it.
-Noelle Hancock

A day can really slip when you’re deliberately avoiding what you are supposed to do.
- Bill Watterson

If you want to get ahead in life, I’ve found that the most useless word is tomorrow.
- Jose N Harris.

In delay there lies no plenty.
-William Shakespeare.

Do first what you don’t want to do most.
-Clifford Cohen

What is deferred is not avoided.
-Thomas More

Things may come to those who wait, but only the things left by those who hustle.
-Abraham Lincoln

If you wait for the wind and the weather is just right, you’ll never plant anything and never harvest anything.
- The Bible

A year from now you wish you had started today.
-Karen lamb

If we wait until we’ve satisfied all the uncertainties, it may be too late.
- Lee Iocca

Tomorrow is often the busiest day of the week.
-Spanish proverb

How does a project get to be a year behind schedule? One day at a time.
- Fred Brooks

Neither a wise nor a brave man lies down on the track of history to wait for the train of the future to run over him.
- Dwight d Eisenhower

He who thinks much on every step he takes will always stay on one leg.
- Chinese proverb

Yesterday is a canceled check, tomorrow is a promissory note; today is the only cash you have, so spend it wisely.
- Kim Lyons

Procrastination does nothing more than add to do your list. Do it, be done with it.
-Catherine Pulsifer

Doubt increases with inaction. Clarity reveals itself in momentum. Growth comes from progress. For all these reasons, begin.
- Brandon Burchard

Following things is the only thing that separates dreamers from people that accomplish great things.
-Gene Hayden

Waiting is a trap. There will always be a reason to wait. The truth is there are only two things in life, reason, and result, and reasons simply don’t count.
- Robert Anthony

Don’t procrastinate, life is too short. Do things as they come to you, live your life like a high-speed sport.
-Julie Hebert

Concentrate all your thoughts upon the work in hand. The sun’s rays do not burn until brought to a focus.
-Alexander Graham Bell

The problem with tomorrow is that I have never seen tomorrow. Tomorrow doesn’t exist. Tomorrow only exists in the mind of dreamers and losers.
- Robert Kiyosaki

Getting an idea should be like sitting on a pin; it should make you jump up and do something.
- E.L. Simpson

Nothing is less productive than to make more efficient what should not be done at all.
-Peter Drucker

Anything worth putting off is worth abandoning altogether.
-Epictetus

Begin to weave and God will give you the thread.
- German proverb

The least productive people are usually the ones who are most in favor of holding meetings.
-Thomas Sowell

Often greater risk is involved in postponement than in making a wrong decision.
-Harry A. Hopf

There is nothing so fatal to character as half-finished tasks.
-David Lloyd George

You can’t get much done in life if you only work on the days when you feel good.
-Jerry West

Procrastination is hands down, our favorite form of self-sabotage.
--Alyce P. Cornyn-Selby

Doing things at the last minute reminds us of the importance of doing things in the first minute.
-Matshona Dhliwayo

The two rules of procrastination: 1) Do it today. 2) Tomorrow will be today tomorrow.
-Author Unknown

Motivation is what gets you started. Habit is what keeps you going.
-Jim Rohn

There are only so many tomorrows.
-Michael Landon

My biggest regret could be summed up in one word, and that's procrastination.
-Ron Cooper

Procrastination: as endemic to and dreaded by writers as writers' block.
-Jenna Blum

When it comes to procrastination and overthinking, we have to overcome our self-doubt.
- Jay Shetty

Begin doing what you want to do now. We are not living in eternity. We have only this moment, sparkling like a star in our hand-and melting like a snowflake.
– Francis Bacon

All hard work brings a profit, but mere talk leads only to poverty.
– Proverbs 14:23

We must be diligent today. To wait until tomorrow is too late. Death comes unexpectedly. How can we bargain with it?
– Buddha

Those who work their land will have abundant food, but those who chase fantasies have no sense.
– Proverbs 12:11

If you procrastinate when faced with a big difficult problem… break the problem into parts, and handle one part at a time.
– Robert Collier

Never put off till tomorrow the book you can read today.
-Holbrook Jackson

Just do it.
-Nike

Let us know if this collection of procrastination quotes has motivated you to act. Also, do tell us which quote did the trick for you in the comments section below. 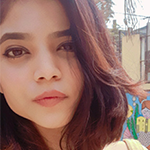 This article is written by Neha Yasmin who is a content marketer at Vantage Circle. A selenophile with a penchant for discovering great meals and drinks. Is a self-proclaimed binge racer with a knack for cooking in her spare time. For queries, reach out to editor@vantagecircle.com 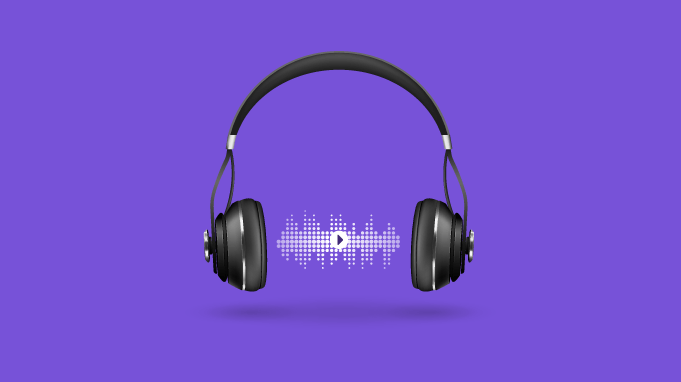 Productivity Playlist for the Workplace 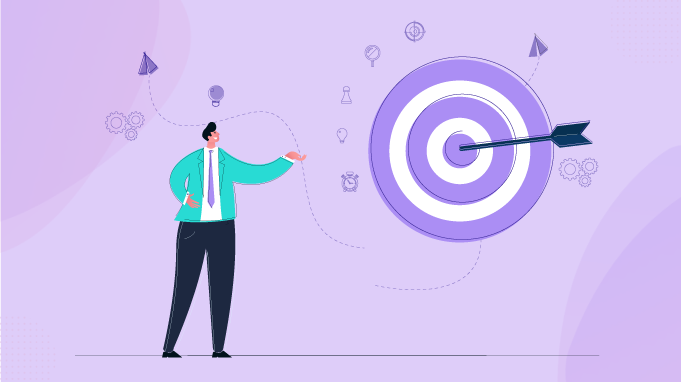 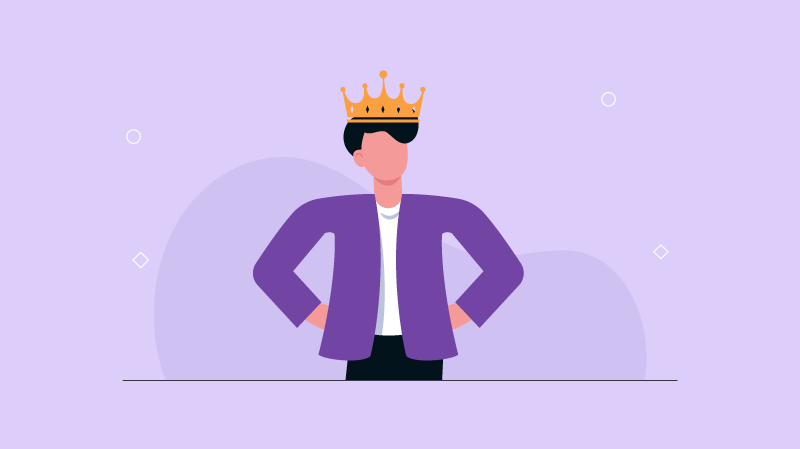 How Narcissism At Work Is Destroying Your Company Culture

5 min read
February 01, 2022
The Ultimate Guide to Employee Rewards and Recognition
Find out how to shape a culture that attracts, engages, and retains your top employees.