Vantage Point Webcast with Chester & Adrian: How Top Leaders Use Recognition to Impact Cultures and the Bottom Line!
Book My Slot
+

Every woman needs to know when she's being discriminated against, and what the reasons are, why she isn't getting equal pay, so we can close that pay gap.

When gender inequality in the workplace is in the limelight, the gender pay gap is an equally relevant topic. It is the effect of many dynamics. As a result, different groups of women experience pay gaps due to myriad reasons.

A few things such as racial bias, experiences, age, disability, maternity, other career breaks, and education levels come into play.

What is the Gender Pay Gap?

The gender pay gap is the average difference between hourly wages for men and women. It is calculated by considering several parameters applied to the total number of employed members of both genders in an organization. Generally, women are considered to be paid less.

Equal Pay Day is observed in different countries on different dates due to the differing formulas for celebrating the day and other wage gaps.

In a country like India, the reasons for the gender pay gap are a little more complicated for various reasons. According to a recent survey in 2019, the gender pay gap spans across the key industries in the country. IT services showed an apparent pay gap of 26% in favor of men, and in the manufacturing sector, they earn 24% more than women.

As a result, it reduces women’s lifetime earnings.Also, it affects their pensions - one of the leading causes of poverty that women face in their later life.

A Little About Its History

It's essential to recognize that the struggle for equal pay has been ongoing for more than a century. Women workers have taken up the battle for pay equity since the late 19th century.

During World War I, women took on men's jobs while the men were deployed in the armed forces. When they realized that they were expected to do the same work as men but for lower wages, they raised the concern of equal pay through several strikes during that period. That resulted in settlement of a bonus in payment similar to that paid to men workers.

The issue of equal pay was again raised during World War II. It became an increasingly articulated demand by trade unions and women's organizations from the 1950s onwards.

And The Current Scenario

Fifty-four years have passed since the United States passed the Equal Pay Act in 1970. According to data taken from the U.S. Census Bureau, in 2019, women still earn 79 cents for every dollar earned by men.

Causes Of The Gender Pay Gap

Direct discrimination based on sexual orientation

Occupational segregation, though it explains just a tiny part of the entire concept of the gender pay gap, is direct and inevitable. Most often, women earn less than men simply because they are paid less because of their gender.

Pay scales for jobs, which women can predominantly do, are comparatively lower than the men's dominant jobs of equal value.

For example, women working as cooks, caretakers, or cleaners often tend to be paid less than similar-level jobs traditionally done by men- such as collectors, street cleaners, and road workers.

Women may sometimes be perceived as less committed. With their status as wives or mothers, organizations question their commitment to work. As a result, if hired, they are offered low starting salaries and are promoted at lower rates than men.

Society considers jobs to be gendered

Men and women still tend to opt for different types of jobs, and each of them is accorded different values. For example, teaching in primary schools is still seen as a woman's job.

The cost of not considering equal pay is precise in companies as they have to pay up in other significant ways. Some of them are discussed below.

Here’s How Gender Pay Gap Can Affect Your Business

A survey conducted by the Peterson Institute for International Economics in 2016 found that companies with at least 30% of women in senior management had a 15% higher profit. Women, who are considered "top performers" at work, are often less likely than men to receive a promotion.

Despite similar experience levels, they have a 21% less chance than their male colleagues to reach the first management level

Employees who feel essential and fairly compensated are more satisfied and more invested in their work. A female worker who feels undervalued because of the pay gap is most likely to underperform. Since there is hardly an incentive for her to go the extra mile, it affects her productiveness.

In the long run, this impact of the gender pay gap is felt in the entire productivity of the organization.

The gender pay gap has the most apparent impact on employee trust and morale. It involves the attitude and perception towards the job, work environment, team members, managers, and organization.

So evidently, it affects the workplace, too, in multiple ways. Young women are incredibly demotivated by inequality and tend to feel less proud to work for an employer with a gender pay gap

When employees realize a gender wage gap, it has a direct negative effect on employee retention. She’s likely to consider other employment opportunities with a better pay structure if she is paid less than her male counterparts for similar work.

Finding a similar talent for your organization can be a real challenge. The same becomes more difficult if you already have a reputation for unequal wages.

In the US, 67 percent of job seekers report being unwilling to apply for jobs at any company that practices wage discrimination.

In order to retain them and avoid wasting money on unwanted turnover, pay your female power equally and fairly.

Today, gender gaps are more than a social or legal issue. It's an issue that can affect your ability to save your identity. Your brand name might need to pay for the inequality that you practice in the workplace.

For whatsoever reasons, gender inequality has been a hot topic in the media. A case of unequal pay for women in the workplace can go viral, with disastrous results to your company’s branding and reputation.

Glassdoor comments, bad publicity in social media can tank your image, making it difficult to attract good hires in the future. It can also affect your product sales and revenue in the long run.

Companies must take bolder steps to create inclusive cultures so that women feel supported without being discriminated. The gender pay gap is a complex issue in workplace diversity and inclusion.

Depending on the capabilities, if you increase the proportion of females in senior roles in the coming years, you are expected to reduce the pay gap and prioritize inclusive progress over time.

It would help if you focused on equal pay through job evaluation methodologies. Your remuneration policies and processes should consider in-depth checks and controls to ensure that your employees performing equivalent roles are rewarded fairly, regardless of their gender.

Here Are Some Actionable Tips You Can Use On Closing The Gender Pay Gap:

It is the most logical place to start. It should be easy for you if you use an HR software that helps you segment salaries by several factors, including gender. Identify the trend and the salary outline.

Immediately raise the compensation of any female employee who is underpaid compared to an equivalent male colleague who does the same job.

However, while reviewing, you are expected to look beyond salaries- such as benefits, bonuses, and overtime given to each employee.

Generally, the tops positions in any organization are male-dominated. Suppose you see fewer women in the higher seats of your organization. In that case, it's time to take up a dynamic promotion system. You should review the balance of men and women in the different levels of your company.

It may take many years to achieve a gender balance at management and executive levels. Setting a guideline or quotas or following a timeline can help in promoting women to higher positions.

Look at your hiring process

You should avoid using her past salary to determine what you can offer. If you recruit a female employee based on her previous wage, the new hire can end up with unfair pay. And this inequality might follow her throughout her career.

Many people, especially females, might not find it comfortable negotiating with the hiring manager. As a result, they end up accepting an offer that’s less than what the employer was willing to pay.

Let your employees know your salary plan. It will remove any confusion and help them come clean about income disparity.

Welcome people with all backgrounds and help them feel to be a part of your company. Celebrating equal payday can help to raise critical awareness. With no gender pay gap, every female and male will feel valued and dedicate themselves to their workplace.

The gender Pay Gap has lived on for too long, and one must scrap this practice all together. The sooner we'll eliminate it, the quicker we can create an equitable pay workplace.

This article is written by Susmita Sarma, a digital marketer at Vantage Circle. She was involved with media relations before shifting her interest in research and creative writing. Apart from being a classical music buff, she keeps a keen interest in anchoring and cooking. For any related queries, contact editor@vantagecircle.com 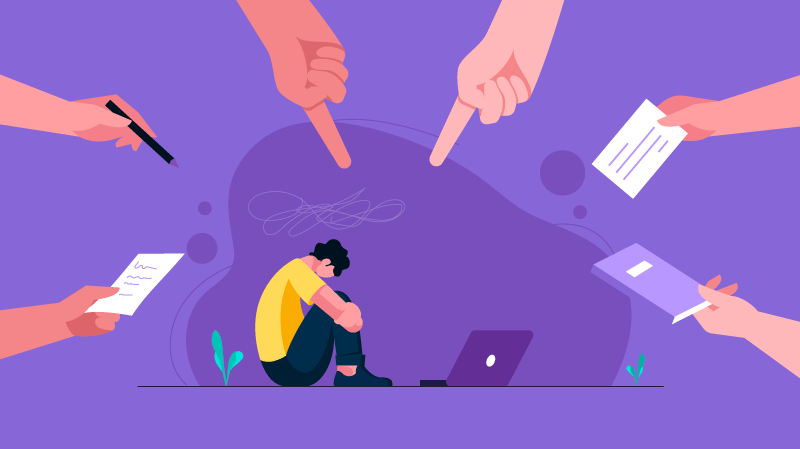 Hostile Work Environment: Everything You Need To Know 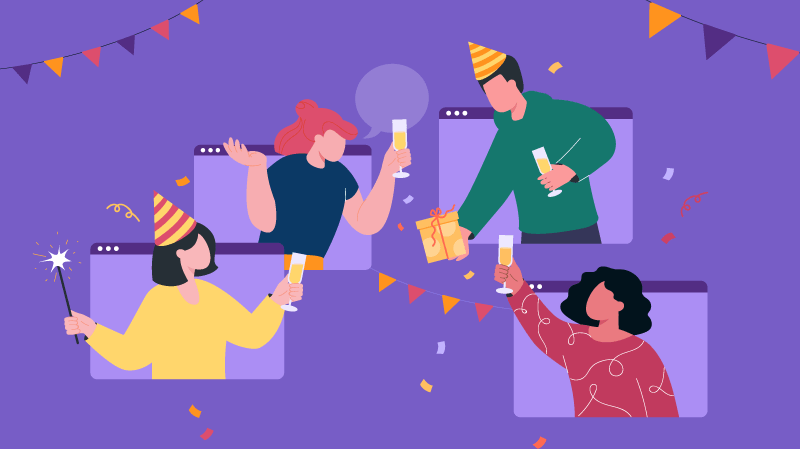 9 min read
August 08, 2022
Boost employee engagement with this FREE guide!
Download this ultimate guide to learn the secret to a happy workplace.