Everything You've Ever Wanted To Know About ESOP Plan 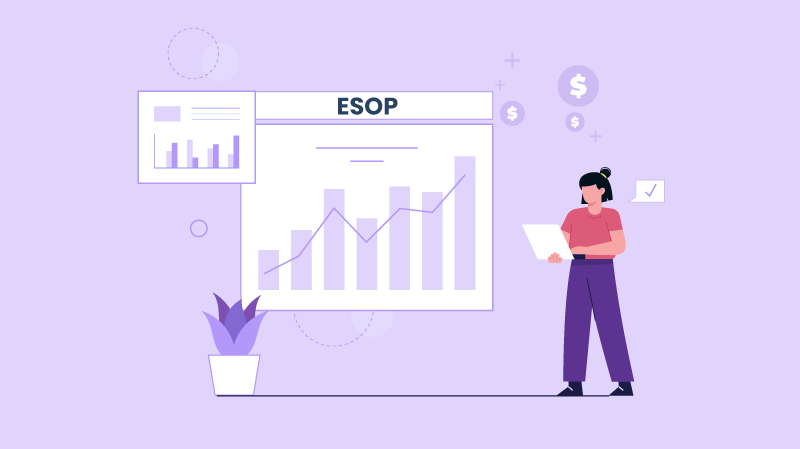 A good ESOP plan (employee stock ownership plan) is an excellent tool for business owners to help raise their company's value and take their business to the next level.

It's common for start-up entrepreneurs to look at other companies in similar industries and try to mimic the success they've had. Suppose you've outgrown your start-up phase and are ready to scale up your business, so it can support a larger team. In that case, you might want to consider implementing an ESOP plan.

In the US, approximately 6501 ESOPs hold a total asset of $1.4 trillion. This is why many companies have implemented this plan, proving to be quite beneficial. Some of the top companies are Publix Supermarkets, WinCo Foods, and Penmac Staffing.

Even though ESOP programs are becoming more popular, there is still some confusion about what they are and how they work.

In this article, I will walk you through the basics of ESOPs and how they work. So, without further ado, let's start.

In other words, an ESOP plan is an employee benefit program, somewhat similar to a profit-sharing plan.

The company shares the profit with the employees in a profit-sharing plan, but they do not own the stocks. In an ESOP plan, the employees own these stocks, which are sometimes turned into an individual retirement account.

According to the Employee Ownership Foundation, an Employee Stock Ownership Plan (ESOP) is a tax-qualified retirement plan authorized and encouraged by federal tax and pension laws.

But ESOP plans differ from most retirement plans in the following ways:

1. ESOP plans are one of the best ways of employee retention and loyalty.

The importance of the ESOP plan is that it creates an ownership culture within the organization. With an ESOP plan, companies can turn their employees into loyal partners and encourage cooperation.

According to SESESOP, an ESOP plan is also one of the most effective ways to retain employees and increase loyalty. When employees know something personal is on the line, they are more motivated to stay longer at their jobs, do better, and even be more productive.

2. ESOP plan can be an effective form of an employee incentive.

ESOP plans are considered one of the best employee incentive programs as they benefit both companies and employees. Employees benefit from their employers' financial growth, and both parties stand to gain from a long-term relationship with each other.

Giving employees stock in the company doesn't just incentivize them but also allows them to reap the benefits of their labor when the company is doing well.

3. ESOP plans can be a "win-win" for both employers and employees.

ESOP plans are usually used to either save a company from bankruptcy or bring in new owners when the current ones want to exit. However, they can also be implemented to give existing employees a chance to own a small chunk of the company and use it as a part of their total reward strategy.

Both start-ups and MNCs utilize ESOP plans to give employees the ability to purchase stock at a discounted price.

4. ESOP plans can create and preserve legacy in your business.

Using an ESOP in your business can also be a good way to preserve the legacy of the founders and key entrepreneurs. With an ESOP, you can pass on your stake in the company without worrying about selling it. When your employees have a stake in the shop, they're more likely to value it and work hard to ensure future success.

Recommended Read: A Quick And Simple Guide To Compensation Planning

The Types of ESOP Plan 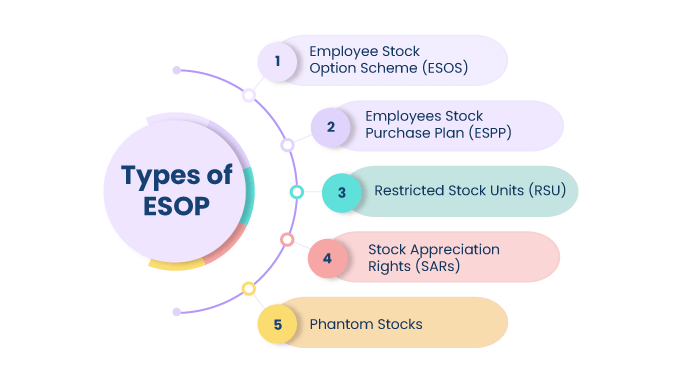 Employee stock options are a very popular form of employee ownership. In this type, you give employees the option to own company stock as a right and not an obligation. They do this by granting them the option to buy company shares at a lower price than the current market value.

The option is subject to vesting, meaning that it can't be claimed until you're fully vested.

With ESPPs, employees are allotted a certain number of shares in the company at a discount to the stock's Fair Market Value (FMV). Most ESPPs last a specific period. It requires employees to hold on to their shares for a certain amount of time after purchasing them.

With ESPPs, businesses can save on the share of an IPO's expenses by issuing stocks to employees.

Restricted Stock Units are employee awards that are based on a specific company or total reward strategy employee performance.

It is a type of ESOP plan where employees receive shares upon the completion of certain conditions.

For instance, if your company's stock performs well, the RSU plan would reward your employees with stocks once it meets a certain price or value.

SARs are not technically an ESOP plan, but we can use it as one of them. SARs allow employees to earn cash based on their company's stock appreciation over a specified period.

It provides employees with equity without exposure to any downside risk. SARs do not have the same tax benefits as other ESOPs. However, they are beneficial to employees who have a long-term view of their company and want to enjoy increased profits when company stock rises.

Phantom stock is a type of long-term deferred compensation in which an employee receives shares in the company without the actual transfer of the stock itself.

This type of program aims to align employees with owners, letting them reap the same benefits without having to give up equity in the company.

Phantom Stock is an intangible expression of the value of ownership in a company. You can use Phantom Stock to track how much investors own, but it does not represent shares that can be sold or traded.

What Are The Pros and Cons of ESOP Plans? 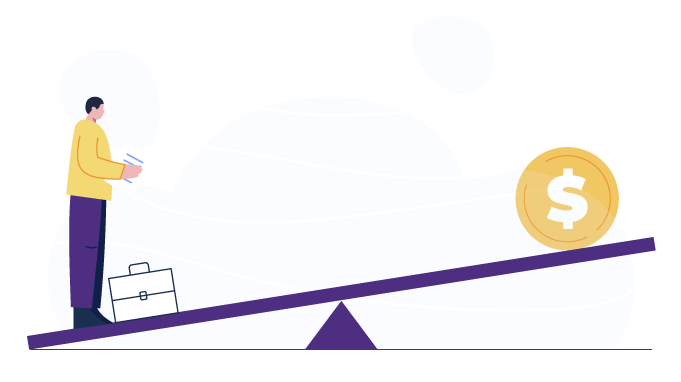 ESOPs have been promoted as a way to improve employee morale and deliver greater financial returns to employees.

However, it is important to know the pros and cons of ESOP plans and decide if it's right for your business. Let's find out! 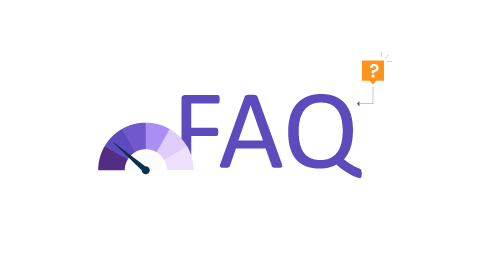 1. Are ESOPs Good for Employers?

According to the Department of Labor study, companies with employee stock ownership programs (ESOPs) consistently outperform other companies in terms of return on assets (ROA), return on equity (ROE), and market value. The National Center for Employee Ownership study shows that ESOP companies have lower turnover rates than comparable non-ESOP companies.

2. How Does ESOP Payout Work?

You can either issue the shares or pay them in cash or both. If you issue shares, there is a 60-day window where the employee can sell the stock back to the company before it expires. If the employees choose the distribution of stock, you have to provide them with stock certificates.

The employees can sell wherever stocks are sold, such as in a marketplace or the primary market after an initial public offering. If they choose cash, you can pay it as a lump sum or in installments over two years.

3. What Happens to the ESOP Plan After the Employee Quits?

Suppose an employee is terminated before retirement age. In that case, they can withdraw their vested portions of retirement savings into a regular account or take the money in equal installments over several years.

4. What's the Difference Between 401k Plans and ESOP?

With an employee stock ownership plan, balances are usually 2.2 times higher than 401(k)s. Employers can contribute 6-8% of an employee's annual salary to an ESOP plan. In contrast, employees with 401(k) plan usually only put in around 4%.

5. How is ESOP Calculated?

Calculating the value of the ESOP depends on the value of the company's stock, the price at which it is discounted, and the number of shares an employee can purchase. Read more in detail here.

While every company is entitled to federal taxes, ESOP shareholders are exempted from such tax. If a company pays income taxes on its profits, it still owes those same taxes to its state and federal governments.

The value of an ESOP account may increase or decrease according to the stock's market value. Depending on how the company is performing, the ESOP value can increase if the value of existing shares goes up. When the company's performance drops, your account balance can also decrease or take shares away to pay debts.

Most people are under the misconception that ESOPs are too risky. Still, many protections in the law prevent an ESOP from being too risky. For example, S-corporations can invest up to 100% of their contribution into company stock, whereas C-corporations only allow 35%. It means that S-corporation owners have more of a chance of losing their money if the company does poorly.

9. What is Vesting Period in ESOP?

The vesting period in an ESOP is the period of time before employees receive full ownership of their stock options. To allow employees to gain a stake in their company, employers may require that employees remain with the company for a certain time before exercising their vested options. Vesting periods are generally determined by companies that offer ESOPs to employees. They often affect the value of the shares and other terms and conditions of an employee's employment.

Every employee is eligible for ESOP, except the directors and promoters of a company with more than 10% company's equity.

The existence of an ESOP plan in an organization is a great way to motivate staff members and keep their interests centered around the business's overall success.
Before deciding to establish an ESOP, a business should perform a comprehensive analysis of its current state. The research goal is to determine whether setting up an ESOP is appropriate for the company and its shareholders.

The tricky part is that an ESOP is a customized solution that doesn't suit every business equally. Thus, before getting started, it is best to consult with a well-versed professional about the potential of this model. 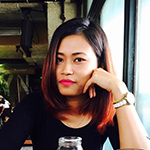 Thadoi Thangjam is a content marketer and digital marketing executive at Vantage Circle. When she’s not geeking out over content strategies, she is probably hunting for the next perfect track to add to her playlist. For any related queries, contact editor@vantagecircle.com 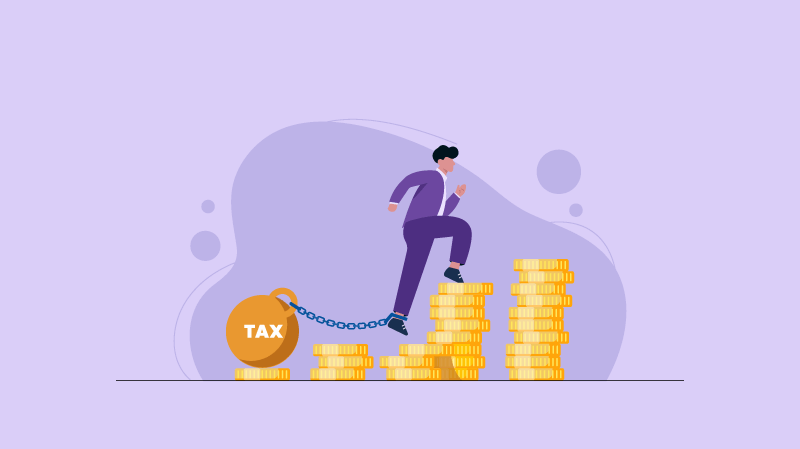 Understanding Taxable Benefits In A Quick and Easy Way 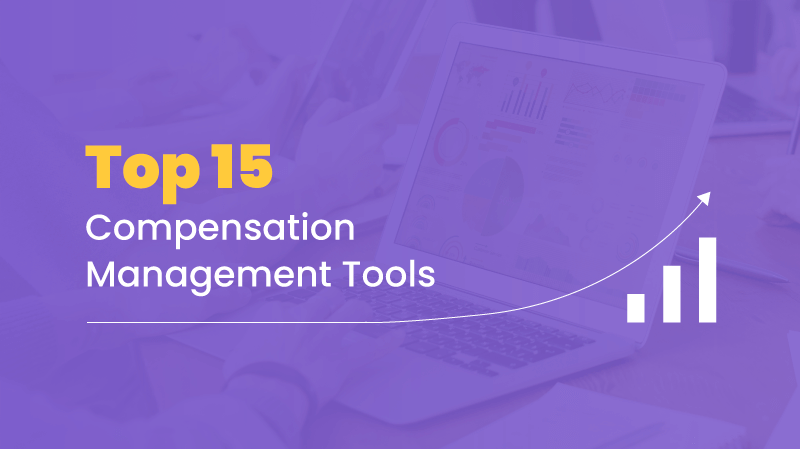 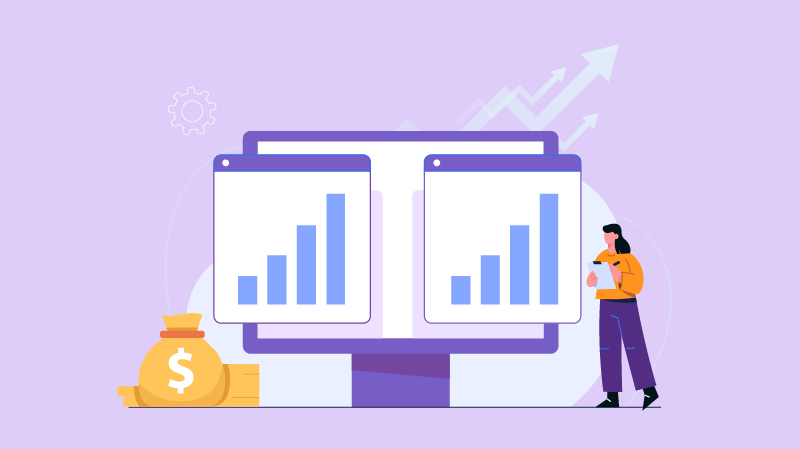 How To Build An Employee Stock Purchase Plan

7 min read
September 30, 2021
+
Sign up to our newsletter
+
View Vantage Rewards
#curated-for-you
The Ultimate Guide to Employee Rewards and Recognition
Find out how to shape a culture that attracts, engages, and retains your top employees.